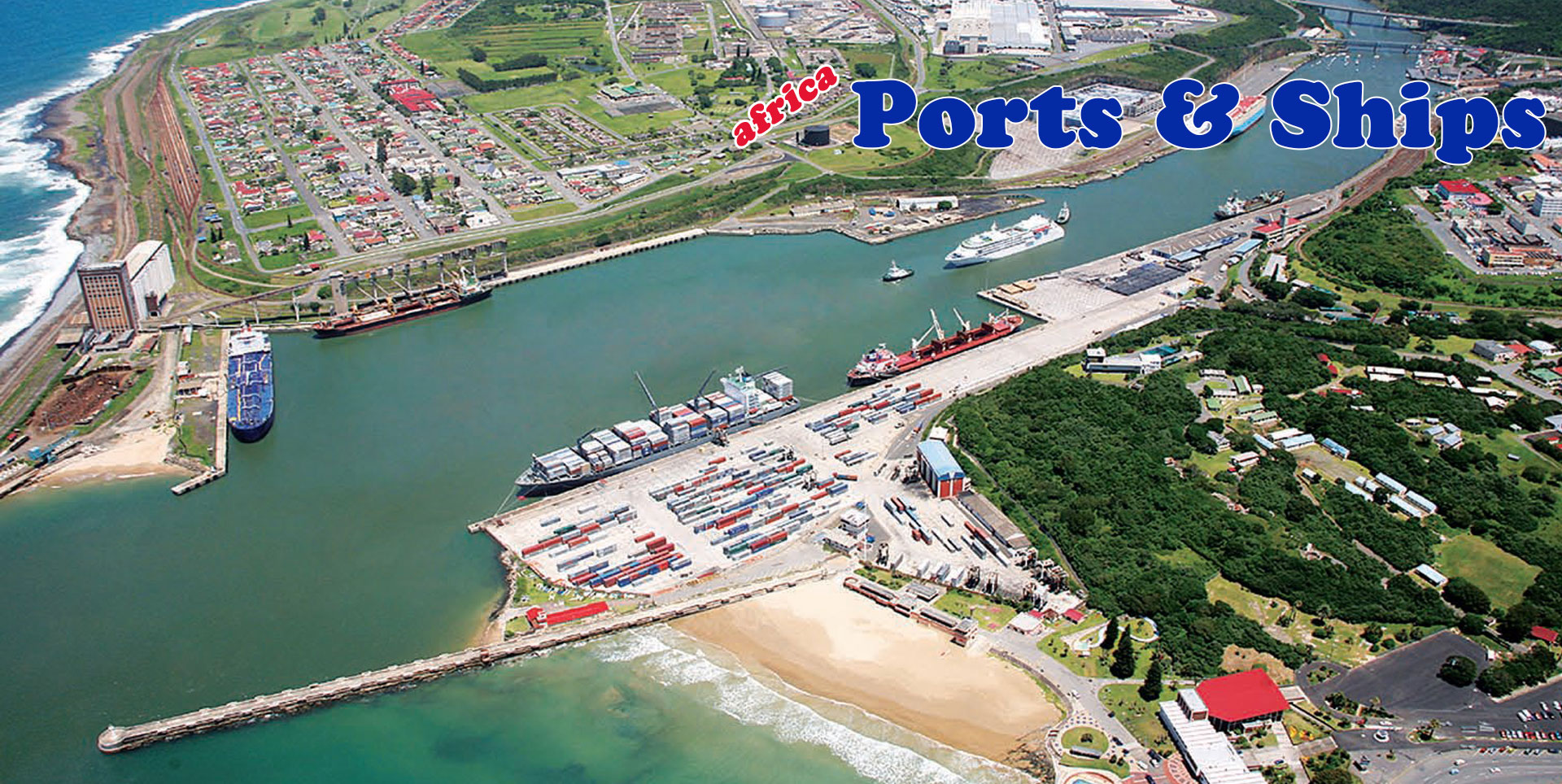 Eighteen months after being severely damaged when a ship, the German bulk carrier JULIAN collided with it while berthing on 30 April 2017, the giant shiploader at Durban’s Bulk Connections at the Bluff is nearing completion. The accident occurred when the 73,613-dwt bulker named Julian, built in 2003, collided with the quayside at the Durban Bulk Connections terminal, or what used to be called the Durban coal terminal. Nowadays the terminal handles a variety of ores, including magnetite and manganese. Julian was entering port with a marine pilot on board and tugs in attendance when she suddenly veered off course into the quayside. The shiploader was unfortunately in the way as well and took considerable damage, being pushed off her rails. Now nearing completion of her repairs the shiploader will again become a valuable tool in the efficient handling of bulk products at the terminal.     This picture is by Ken Malcolm

Transnet CEO Siyabonga Gama is not giving up the fight to keep his job as head of the giant Transnet parastatal following the Transnet Board having given him ten days in which to provide reasons why he shouldn’t be dismissed. The ten days expired last week.

Later today Gama takes himself before the Labour Court in an effort at preventing his dismissal from being made final.

He is accused of misconduct and maladministration regarding the acquisition of locomotives from a Chinese and other manufacturers. On 27 September the Transnet board issued a statement saying that it had served Gama with a letter informing him of the intention to dismiss him but gave him ten days in which to respond with reasons why this should not happen.

According to Transnet chairman Popo Molefe, “The board had lost trust and confidence in Mr Gama’s ability to lead Transnet as group chief executive.”

The statement said that Pravin Gordhan, the Minister of Public Enterprises under which portfolio Transnet falls, had been informed of the board’s decision.

The controversy around the purchase of 1064 locomotives from several manufacturers has simmered on for a considerable time without anyone as yet appearing in a court of law over alleged bribes, illegal kickbacks or other wrongdoings that have been attached to their purchase. The previous Transnet board declined to take any action on the matter, despite evidence piling up that showed overpayments had occurred and kickbacks paid out to individuals connected with the Gupta family.

Leaked Gupta emails contain claims that the Gupta brothers or their associates received kickbacks totalling billions of rand as part of the locomotive deal. The Guptas have since left the country and have declined a request to return.

Gama will be claiming before the court today that he has been wrongfully and unlawfully terminated from his contract of employment.

He said previously that he was not in the position of CEO when the purchases were made and could not therefore be held responsible.

That’s part of the problem. Nobody wants to accept responsibility for the corrupt locomotive deal, yet it seems inconceivable that with all the experience at hand among the personnel within Transnet, no-one appeared to have taken a stand by saying that Transnet was paying too much for the Chinese locomotives. that the price being paid was abnormally high and that something appeared to be wrong – something that by itself should have rung some bells.

The expansion of the Somaliland port of Berbera has begun with a ceremony held to mark the occasion.

The port was concessioned to DP World in May 2017 at a cost of US$442 million. DP World is to rebuild the infrastructure and other features and will also manage and operate the port on behalf of the autonomous Republic of Somaliland.

Somaliland declared its independence from Somalia in 1991 although this is…

Nigeria is ramping up its defence against piracy in the aftermath of the attack on the bulk carrier GLARUS, during which 12 seafarers were abducted as hostages for ransom.

The size of the attack and the ease with which the pirates conducted the raid and later made their escape appears to have shaken the Nigerian authorities and the Nigerian Maritime Administration and Safety Agency (NIMASA) in particular.

The two-week voyage along the West and East coasts of South Africa is a partnership between the South African Maritime Safety Authority (SAMSA), Telkom and the Department of Transport.

The SA Agulhas, a South African…

PORT OF MOSSEL BAY BECOME SPART OF THE PIONEER TREK The route of the highly anticipated Momentum Health Cape Pioneer Trek is set to journey through Transnet National Ports Authority’s (TNPA) Port of Mossel Bay with key points including the Cape St Blaise Lighthouse (above), the famous Mossel Bay Cave and the Point area.

Video shows CMA CGM Mumbai about to strike the quay at Mumbai port [0:51]

Something went horribly wrong for the container ship CMA CGM MUMBAI (IMO 9778131) as she prepared to berth in the Jawaharlal Nehru Port (Mumbai) on Saturday (13 October 2018).

The recently launched ship, under pilotage at the time, struck the quayside head-on, damaging the ship’s bulbous bow, her upper bow while damage to the quay wall appeared to consist of a deep cut or scour into the wall from the force of the 10,100-TEU ship.

CMA CGM Mumbai was delivered to her owner, Seaspan Corporation on 21 May this year and was immediately charted out to the French line CMA CGM for a three-year period, with an option for a further three years.

The cause of the accident was not immediately made known but it appears to have been the result of a steering malfunction.

CMA CGM is deployed on the company’s Asia-Europe (FAL) service.

USS Truman is en route to participate in Trident Juncture 2018, joining around 60 other warships from across the NATO Alliance*. It is understood that the exercise with run until 7 November.

The Secretary General thanked the…

Transnet Freight Rail’s journey of being a freight railway that satisfies the needs of its customers is well on track. This has been affirmed by the three awards the organisation received at the Logistics Achiever Awards (LAA) ceremony on 11 October, 2018. The LAA recognise excellence and innovation in logistics and supply chain management.

In line with Transnet’s objective to transform freight logistics through technology, partnerships and collaboration TFR entered three projects. All three…

PIC OF THE DAY : GREEN GUATEMALA

The all-white (bar the funnel) reefer GREEN GUATEMALA (IMO 8912144) enters port at Durban recently. Flying the flag of Bahamas, Green Guatemala was built in 1992 at the Boelwerf Vlaanderen shipyard in Temse, Belgium. The 131-metre long, 20m wide 7,726-dwt ship is owned by Norwegian interests and is managed by Green Management SP of Gydnia, Poland. As with a number of ships of her vintage she has had several names and changes of ownership, having been named CRYSTAL PRIMADONNA until 2004 and for a period until December 2005 the ship was simply PRIMADONNA, under which names she called at Durban on several occasions. Green Guatemala is currently en route to Bandar Abbas in Iran. Picture is by Trevor Jones