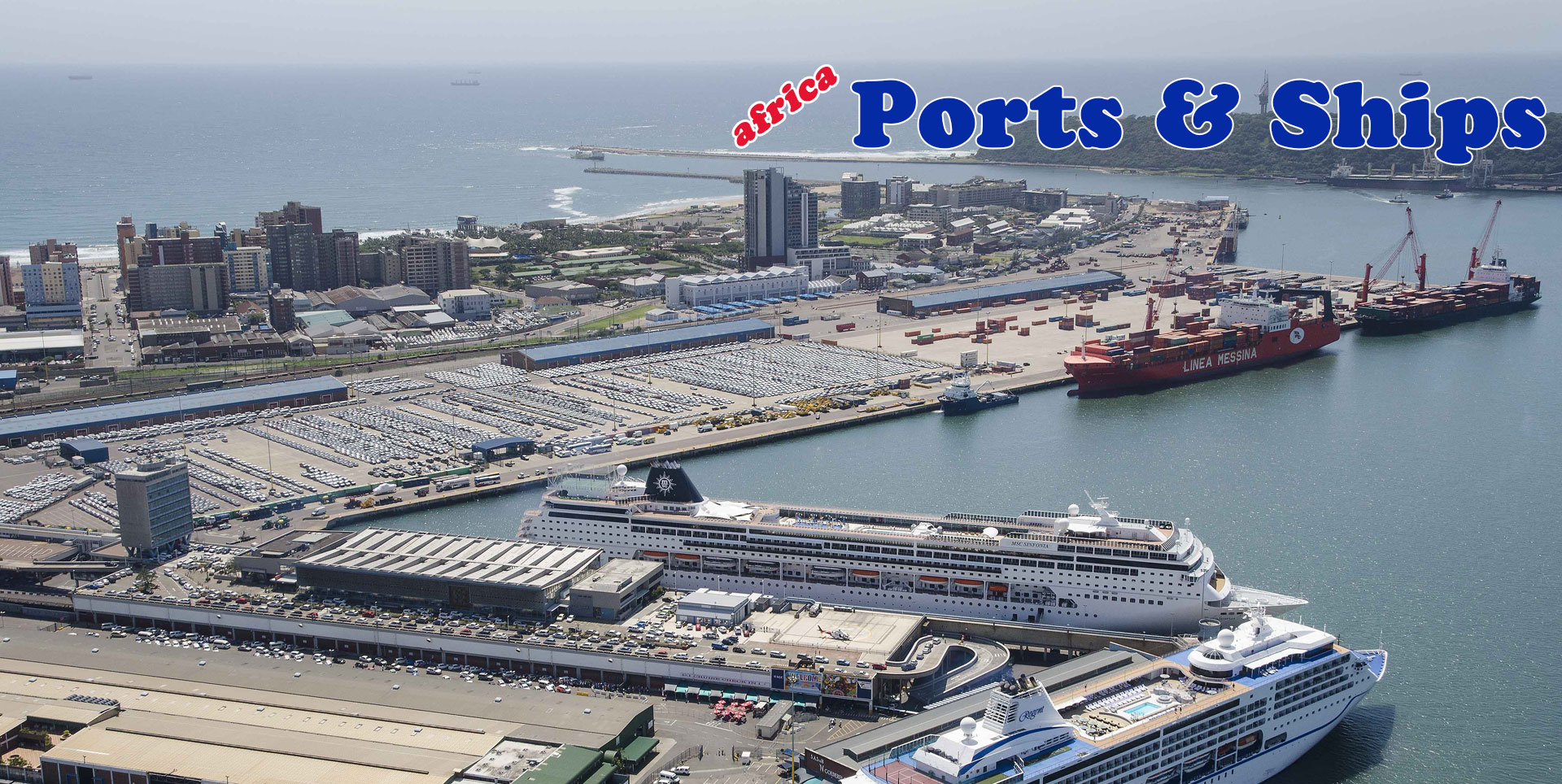 The Mitsui OSK Line container ship MOL PROFICIENCY (72,912-dwt) underway off Durban and approaching the Fairway buoy. Built in 2007 at the Koyo Dockyard in Mihara, Japan as hull number 2273, the 293-metre long, 40m wide ship has a container capacity of 6,326 TEU and is owned by German interests and managed by Bernhard Schulte-CHR which operates out of Shanghai, China. She is flying the Marshall Islands flag. This picture is by Ken Malcolm

The three main Japanese container liner companies intend to merge their container liner shipping businesses to form a joint venture in the market. The Commission says that the primary acquiring firm is the…

NIGERIA IN URGENT NEED OF A MARITIME TRANSPORT POLICY – NIMASA

Nigeria is in urgent need of a maritime transport policy to complement the existing National Transport Policy and advance the country’s global maritime trade.

That’s the word from the Director General of the Nigerian Maritime Administration and Safety Agency (NIMASA), Dr Dakuku Peterside, who was speaking at the opening of the National workshop on Maritime Transport Policy (MTP) organised by NIMASA in collaboration with the International Maritime Organisation (IMO).

Dr Peterside described the programme as being a new phase in the nation’s journey towards effectively maximising the maritime opportunities that abound within the sector, especially in line with the Agency’s mandate of promoting and facilitating maritime trade.

“Sixty percent of the cargo headed to West Africa will likely end up in Nigeria,” Peterside said. “We have not only a long coast but also one of the longest inland waterways, in addition of six active port complexes. All these, coupled with our population, make us the biggest economy in Africa. Therefore, we need a sustainable maritime policy that would guide the coordination of maritime activities as we strive to advance Nigeria’s global maritime goal.”

Dr Peterside added that as part of the revolution going on in the transport sector, the federal administration was advancing the intermodal transport system by linking all the port complexes to the hinterland via railways to further facilitate ease of doing business.

NIMASA alone could not achieve this goal, he said, hence the need to seek the support of the IMO and other relevant stakeholders in order to come up with a model to develop a maritime transport policy that will serve Nigeria’s interest and stand the test of time.

“A workable maritime transport policy of any nation should be stakeholder driven. Therefore all associated stakeholders and professionals in the sector are needed to participate in the articulation and formulation of this policy.”

“We will support NIMASA in developing a sustainable maritime transport system reflecting and balancing the interests of stakeholders with a carefully devised and executed maritime transport policy, which is crucial in serving as a fundamental guidance document to provide a long-term sustainable vision for the future of the Nigerian maritime sector,” Lim said.

APPROVAL FOR ENI AND ADADARKO LNG TERMINAL IN ROVUMA BASIN

The Council of Ministers last week approved decrees authorising the terms and conditions of the agreement that grants the Maritime Liquefied Natural Gas Terminal and the installation of Material Discharge in Areas 1 and 4 of the Rovuma Basin, district of Palma, province of Cabo Delgado, to the multinationals Anadarko and Eni, reports the Portuguese language newspaper Noticias.

Under the LNG Maritime Terminal contract, to be… The Africa logistic specialist firm Necotrans, which has its headquarters in France, faces going under judicial management later today.

Necotrans specialises in logistics and international transport in the field of ports, maritime, oil and freight forwarding activities. The company has been hit hard by the oil and gas downturn in Africa, as elsewhere.

It is being reported that Necotrans will be in a Paris court today (Monday) where the matter is to be heard and decided. According to the French business newspaper Les Echos the most likely outcome is…

Norwegian cruise company Viking which has expanded its operations out of river cruising and into ocean cruises as well, reached a new high this past week by christening its third new ship for ocean cruising, VIKING SKY.

The naming ceremony took place along the waterfront of Tromso in Norway.

The port which lies above the Arctic Circle will play an…

WORLD’SLAREST SHIP CALLS AT THE PORT OF FELIXSTOWE

The world’s largest container ship, the 21,413 TEU OOCL HONG KONG, made her maiden call at Hutchison Ports Port of Felixstowe in the week commencing 18 June.

The call represented a double celebration as it also marked the return of OOCL to the UK’s largest container port after a 17 year absence.

Commenting on the two events, Clemence Cheng, Chief Executive Officer of the Port of Felixstowe and Managing Director of Hutchison Ports Europe, said: “The OOCL Hong Kong is… The religious and spiritual experiences of seafarers, and ministry amongst port chaplains, will be explored in a new project by Cardiff University’s Seafarers International Research Centre (SIRC).

Religion in multi-ethnic contexts, funded by the Economic and Social Research Council (ESRC), will examine the nature of the lived religious and spiritual experience of seafarers, port chaplains, and welfare workers.

The research will contribute to society’s understanding of how multi-faith groups peacefully co-exist, and what factors may disrupt or threaten harmony in religiously diverse populations.

PIC OF THE DAY : INS TARKASH The Indian Navy frigate INS TARKASH (F50) has been visiting Cape Town as part of a two-month deployment that has carried her as far as the UK. She sailed on Saturday (24 June) from South Africa for Port Louis before her return home in India. Tarkash, whose name is Sanskrit for Quiver as in Quiver of Arrows is attached to the Indian Navy Western Fleet based in Mumbai. These pictures are by Ian Shiffman

“Avoid loud and aggressive persons; they are vexatious to the spirit. If you compare yourself with others, you may become vain or bitter, for always there will be greater and lesser persons than yourself.”
– Max Ehrmann ‘Desiderata’